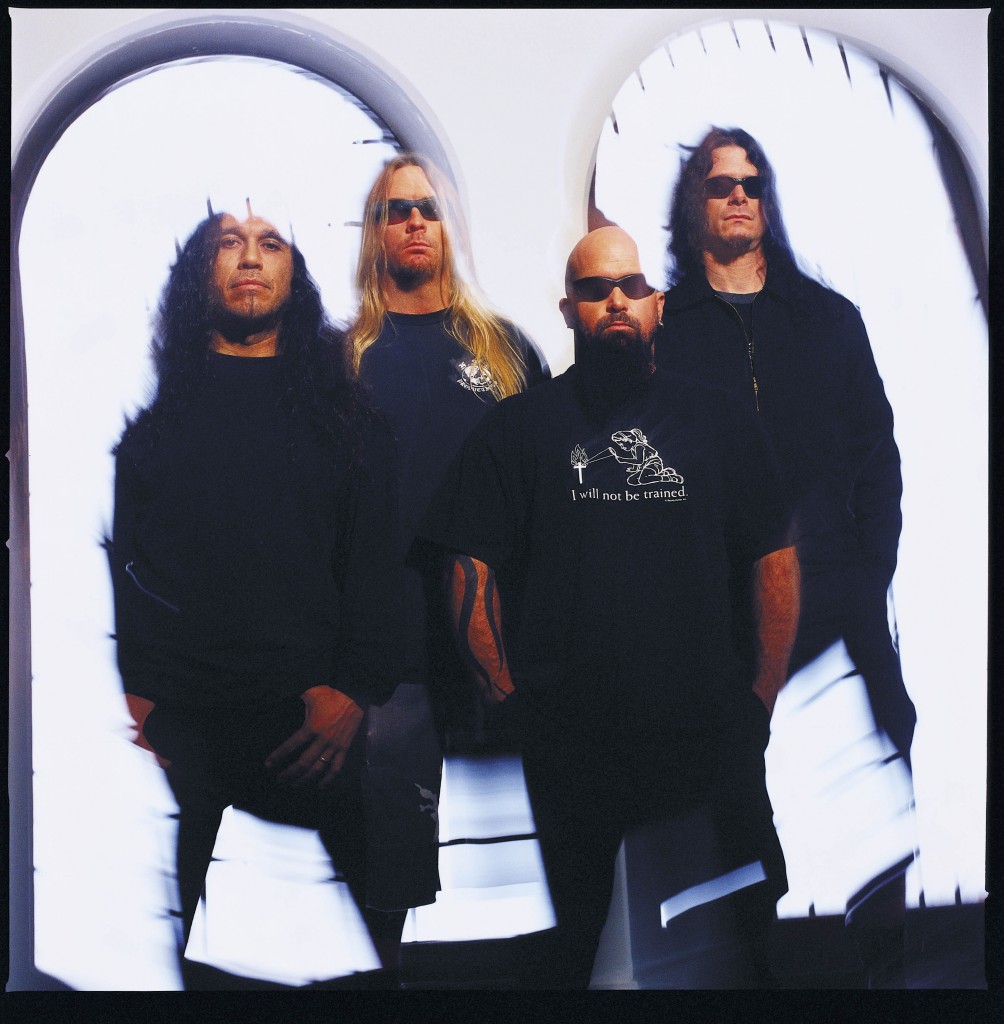 Slayer’s Tom Araya and Kerry King are pleased to announce that Paul Bostaph has rejoined the band on a full-time basis. Bostaph will be behind the drumkit beginning June 4, when Slayer kicks off the first leg of its 2013 international tour in Warsaw, Poland. Gary Holt will continue to fill in for recently deceased guitarist Jeff Hanneman.

Slayer’s 2013 itinerary will have the band playing thirty-five dates that will include headline shows as well as a number of major summer festivals in Europe, Eastern Europe, and South America between June and October.

“Paul’s a great drummer and a good friend, and we’re very happy that he’s decided to rejoin the band,” said Tom Araya. “We’re still pretty numb from the loss of Jeff, but we don’t want to disappoint our European and South American fans, and we need to begin moving forward. Having Paul back in the band makes that a whole lot easier.”

“I’m very excited to be rejoining Slayer,” added Bostaph. “We spent a very intense ten years of our lives together, had a lot of fun, made a lot of great music, so for me, this feels like coming home.

Bostaph was Slayer’s drummer from 1992 until 2001 and recorded four albums with the band—the Gold-certified Divine Intervention (1994), the 1996 punk covers album Undisputed Attitude, Diabolus in Musica (1998), God Hates Us All (2001), which received a Grammy nomination for Best Metal Performance, as well as the gold-certified DVD War at the Warfield (2001). In addition to Slayer, Bostaph has been a member of Forbidden, Exodus, Systematic, and Testament.