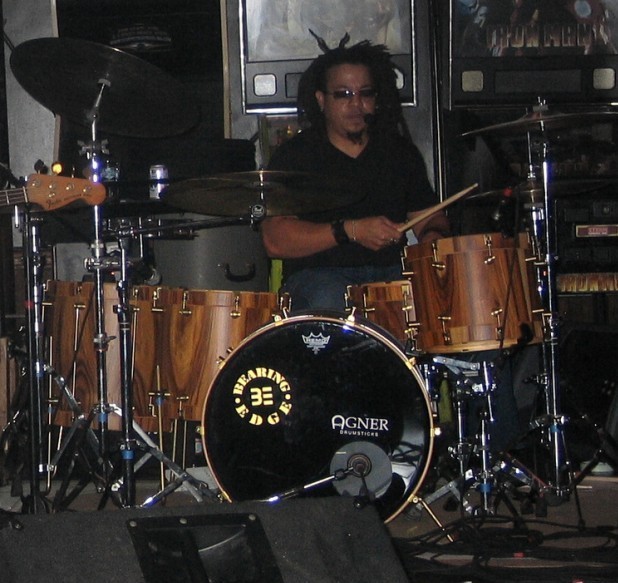 After many years of touring, recording, and being a hired gun in all manners of playing situations, I’ve finally met my match—fronting my own band from behind the kit while handling lead vocal duty.

I had arrived at that pivotal point where my original ideas felt like they warranted further investigation. To fully realize this adventure, I had to also assume a role I had never envisioned myself in—a vocalist. Although a few great drummers have done incredible things in the area of singing while playing, Levon Helm, Don Henley, Phil Collins, and Andy Sturmer of Jellyfish come to mind, it was uncharted territory for this cat. In the context of my band Ghostwork’s material, it isn’t as simple as locking down a steady 4/4 groove while laying vocals on top of a straight, non-moving pocket. Don’t get me wrong, when executed well, a relentless, steady groove with a simple vocal is a thing of beauty. Revisit the list of names I dropped and, more importantly, listen to their work to hear how powerful it is when done well. 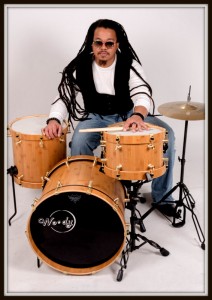 But with Ghostwork, it’s more a job of weaving vocals into a moderately dense orchestration of moving targets. One of the first things I had to address was my breathing. Playing drums in a relatively high energy, experimental rock band with shifting time signatures can be taxing enough on one’s facilities. Add to that the demands of executing lead vocals within that framework and the task gets a bit more hairy. It was quite the game of strategies at the onset. Figuring out where my “breathing room” was and how to fit those moments seamlessly into a performance, without upsetting the rhythm or the timing, was all encompassing and a bit overwhelming at first. At times, I would experience moments of clarity where the process felt a bit more natural, but sustaining those moments for any length of time felt virtually impossible.

This is where my saga began to get interesting. I started a regimen that had been bestowed on me by my fourthgrade band director Mr. Lester Wright: “Slow everything down, son.” This process allowed me to develop the necessary coordination to make the marriage of these two, often divergent, duties much more fluid and relaxed. Granted, we’re not talking instant gratification. Anything worth hearing is worth the time involved in developing it—especially if it’s your ideas to begin with! As drummers, we should be conditioned to work on things slowly and learn to enjoy the process. But with today’s tech savvy, instant results mentality, the idea of slowing things down and putting in the time is quickly becoming a lost art. Truth be told, it was quite refreshing to slow down, dissect, and develop this new skill set. I truly feel the end result was justified by the means. The ability to sit at the kit and express myself, both vocally and rhythmically, has allowed me to evolve artistically. And because of my dedication to the process, my marriage of singing and drumming isn’t headed to divorce court!