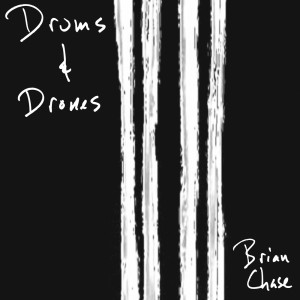 Yeah Yeah Yeahs drummer Brian Chase will be appearing this Thursday, March 7, at La Sala in Brooklyn, New York, to celebrate the release of his Drums and Drones album on Pogus Records.  The show will feature videos by NYC-based video artists Ursual Scherrer and Erik Zajaceskowski.

Drums and Drones is an elctro-acoustic project focusing on drums and percussion in just intonation. This debut Drums and Drones album consists of recordings made between 2007 and 2011 plus videos for each track by Scherrer and Zajaceskowski. The album is presented in CD and DVD formats.

La Sala, which provides an immersive environment for large-scale multimedia works, is located at Cantina Royal, 58 N. 3rd St., Brooklyn, New York. Doors are at 7:30, and the screening of the Drums and Drones DVD is at 8:15. The event is free, though donations are accepted.

To read Brian’s exclusive moderndrummer.com article on listening, sounding how you want to sound, and working with a click, go here.  And for more on Brian Chase, go to chasebrian.com.