The MAPEX Drum Company will be holding the Drummer of Tomorrow 2012 Global Final at Musikmesse Frankfurt on March 24th. The event is being held in Saal Europa Hall 4.0. Doors will be opened to the public at 1:30pm local time.

Thirteen drummers will compete in the 2012 Drummer of Tomorrow World Finals at the Musikmesse Show in Frankfurt, Germany. Finalists from the United States, Brazil, Chile, the United Kingdom, France, Germany, Poland, Italy, Spain, Australia, China, Taiwan and Indonesia will perform, with the winner of the competition being signed to the MAPEX Drums artist roster.

For more on Drummer of Tomorrow go here. 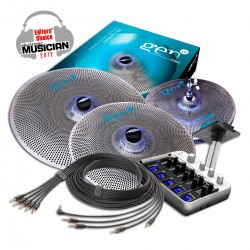