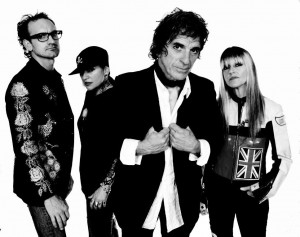 Corky Laing, longtime drummer with the legendary classic rock band Mountain, has a new band called the Memory Thieves. Laing, who via Mountain’s 1970 hit “Mississippi Queen” has done as much as anyone in Western culture to turn the cowbell into a rock ’n’ roll staple, recently put the new band together with lead singer and manager Josh Horton. The Memory Thieves will be celebrating the release of their debut album at the Bitter End in New York’s West Village on March 14, between 7:30 and 9:30 p.m., and they’d love to see some fans come by to celebrate with them. For more visit facebook.com/memorythieves.