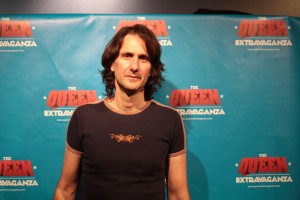 Hello, MD readers! First, congrats to Tyler Warren on winning the drum chair in the Queen Extravaganza band! What a thrill it was to be part of the finals and to meet Roger Taylor. I’ve been a lifelong Queen fan (saw them in NYC on the News of the World tour), so it was a great experience to say the least. I have always considered myself a “meat and potatoes” drummer, mainly influenced by ’70s icons like Roger, John Bonham, Ian Paice, Phil Rudd, Tommy Aldridge, and Joey Kramer. (I was playing this stuff when it was “new music”!) I started playing around twelve years old, and it was probably Peter Criss and the first Kiss album that originally turned me on to drumming.

I currently play in the classic rock trio Far Cry here in New Jersey. On any given night I get to cover all of the drummers previously mentioned and the great music their bands and other bands of this era produced. In what other kind of band would you be allowed to play “Burn” by Deep Purple, “Kashmir” and “Moby Dick” by Zep, and “Tie Your Mother Down” by Queen night after night?

I’m currently in the process of starting an organization called “Drumming for Autism Awareness.” There is so much camaraderie among drummers that it made sense to get the word out through the drumming community. I’m hoping to host some drum-related events to help spread awareness and raise money for autism-related charities. Please check out a song I wrote for Autism Awareness called “Somehow,” which you can hear on YouTube below: