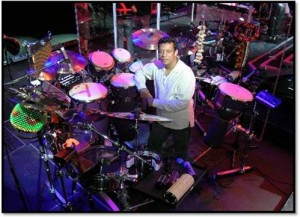 Congratulations to drummer/percussionist Richard Bravo for his eight nominations for the 12th Annual Latin Grammy Awards, to be held in November in Las Vegas. Read Bravo’s archived MD blog here.

Kris Myers and Andy Farag are on Umphrey’s McGee’s latest, Death by Stereo. For tour dates and more, visit www.umphreysmcgee.com. 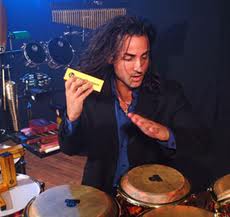 And Speaking of Scorpions… Autobiography of Herman ‘Ze German’ Rarebell by Herman Rarebell with Michael Krikorian takes readers inside the rise of the rock band Scorpions from the perspective of its drummer and co-songwriter. For more info, visit www.moderndrummer.com/2011/09/new-autobiography-offers-look-inside-80s-rock-icons-scorpions/#.To3Dlq5xvkY, and www.hermanrarebell.com.

Xavier Muriel and Buckcherry have been on the road for the past fourteen months supporting their latest record, All Night Long. Next up they’ll be touring with Guns N’ Roses starting in late October, and then they’ll head into the studio to start working on a new record. For more on Muriel, go to www.moderndrummer.com/2008/09/xavier-muriel/#.To3DMK5xvkY. For tour dates, visit www.buckcherry.com.

Tobias Ralph is on the Two of a Perfect Trio tour with the Adrian Belew Power Trio. For tour dates and more, visit http://tobiasralph.com. 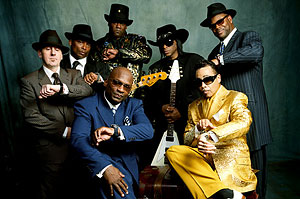 Marvin McQuitty’s wife, Kim McQuitty, has a book out called Me, My Man & His Music: My Life as a Musician’s Wife. For more info, visit 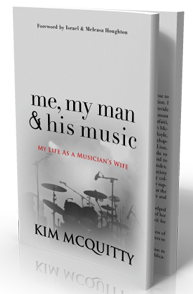 Mick Fleetwood, drummer/cofounder of Fleetwood Mac, and singer-songwriter Nicole Atkins have been tapped as the first acts to front the Off the Record music conversation series presented by Cabo Wabo Tequila (founded by Sammy Hagar). The act came together in Fleetwood’s hometown of Maui, at his new bar Fleetwood’s on Front Street (opening early 2012), to share tales of career beginnings, legendary nights on stage, song inspirations, tour secrets, and rumored band romances. Their musical journey was captured on video for 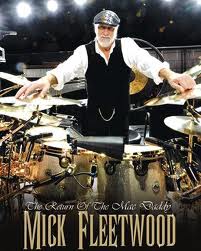 Off the Record; go to www.YouTube.com/CaboWabo.

Indianapolis jazz drummer Gene Markiewicz will be inducted into the Indianapolis Jazz Foundation Hall of Fame on November 17. Check out his blog at moderndrummer.com.

Steve Gadd is on Cinque’s Catch a Corner CD. For more, go to www.almarecords.com.

Paul Motian is on The Windmills Of Your Mind CD, with Bill Frisell and others. Read Motian’s MD archived Update here: www.moderndrummer.com/updatefull/200001522.

Matt Traynor is on Blessthefall’s Awakening. For more, visit www.blessthefall.com.

Wayne Proctor has been named Best Drummer by the 2011 British Blues Awards. He also received a second award, for Best Band, with Oli Brown. Proctor is currently on tour with Brown, supporting John Mayall in the U.K., and is working on Brown’s next record, which the drummer is also producing. For more, visit www.wayneproctormusic.co.uk.

Rooney frontman Robert Schwartzman is playing drums on first solo release, Double Capricorn. Tom Roslak will be in the drum chair for the tour. For tour dates and more, visit www.robertschwartzman.com.

Richard Marcangelo is on U.K. singer-songwriter Rumer’s debut, Seasons of My Soul. You can check out Rumer’s EPK here: www.youtube.com/watch?v=M7XDrQFA65I&amp;feature=related.