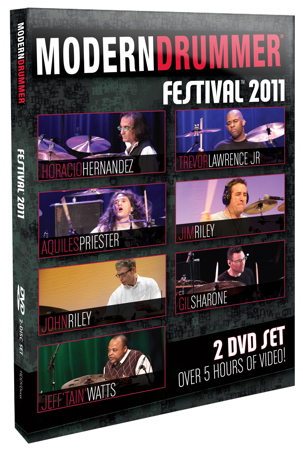 The Hudson Music team was on hand once again to capture all the action as the Modern Drummer Festival 2011 took place at Montclair State University in Montclair, New Jersey.

This video package presents not only a chance to relive the Modern Drummer Festival, but to study and learn the concepts presented by these great artists in depth and detail not possible just by attending the event.

Click below to view a trailer of the festval. 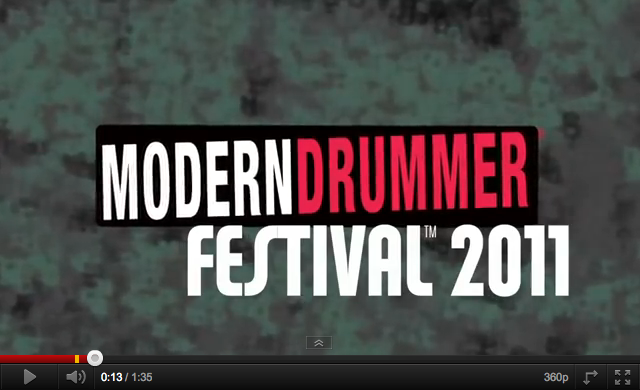