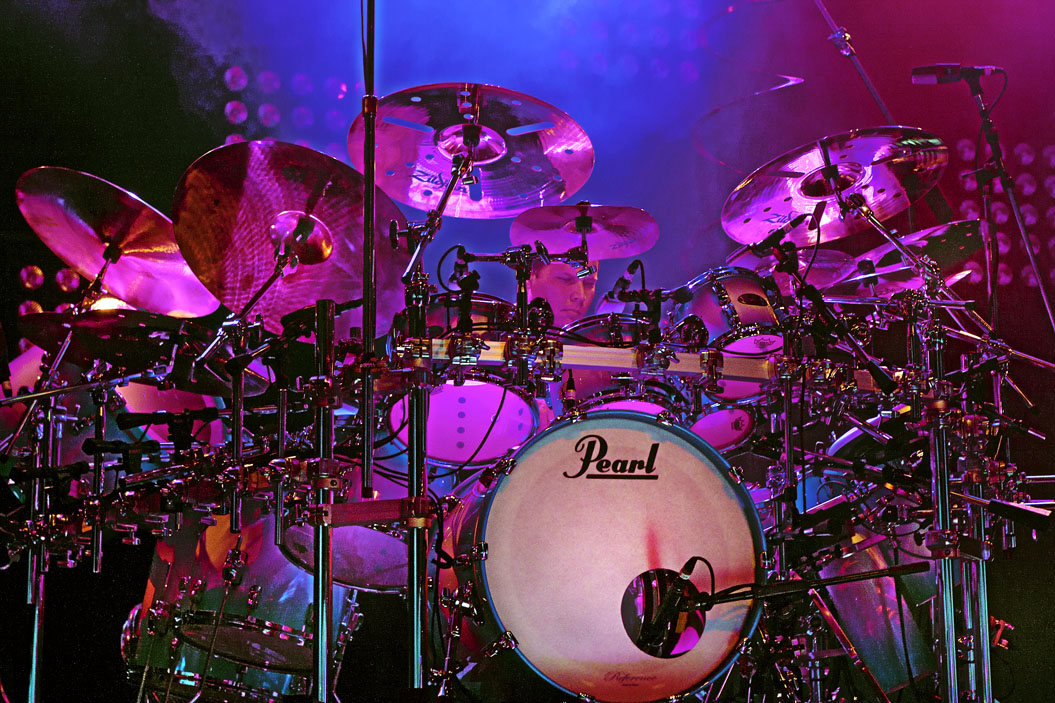 Summertime means one thing for good-time seeking concertgoers: the return of 311 headlining amphitheaters. Since the early 2000s, 311 has bucked the corporate structure of touring solely to support a new album, and has toured every summer purely to revel in the positive communal experience they share with their devoted fans. This year’s tour happens to coincide with the release of the band’s tenth studio album, Universal Pulse. “With how we go about touring, it helps that we have a new album,” says drummer Chad Sexton, “But we look at it as the album is supporting the tour, rather than the tour supporting the album.” MD caught up with Chad to discuss the band’s longevity, recording the new album, the summer tour—and, of course, drums.

MD: What’s been the key to keeping not only the band but the same lineup intact for twenty years?

Chad: It’s about finding balance and growing together. Maintaining a reasonable attitude is important, because with five guys, you’re not going to get your way every time, but you can’t go quitting a band every time things don’t go your way. We all got into this with the idea that we really love music, making music, and playing live.

MD: Bob Rock returned to the producer’s chair for Universal Pulse. What’s it been like working with him on the past two albums, and has his presence changed how you approach your drum parts?

Chad: Bob’s helped me become a better player. When recording, you sometimes get so caught up concerning yourself with the execution and nailing the changes that you forget the basics, like just laying back on 2 and 4. Bob’s perspective is great because he never lets you forget the small stuff. He also simplified some of my fills and made the space mean more. As a band we try to find a balance between space and complexity in our grooves. He’s a great musician too, so his input overall helped the songs get to a place where they felt complete.

MD: You mixed the album as well.

Chad: Yeah. Mixing is also about finding the proper space within all the instruments, and making the mixes more enjoyable for everyone that’s listening, not just making the drums sound good. For 311, we care so much about the energy in the performances, which actually helps the mixing process because the transmissions of the band guide the mix to some degree. We believe in the healing properties of music, which is something that’s felt more than heard, and lives in the energy of our performances. It’s all a big puzzle—the sounds, the recording process, and the mixing process all culminate in a representation of energy.

MD: How long did you spend on getting drum tones?

Chad: It was fairly normal, a day or two on tones. I get to the point where I say, “Yeah, that sounds about right.” Using that method, as opposed to overanalyzing every sound, has a more organic result. At our studio, the Hive, we built out the live room, and we’re pleased with how the drums are sounding in there. I also never use triggers, and nothing is ever gridded, replaced, or sampled. It’s all natural sounds, which I love. Up until 2009, we recorded every album analog. We switched to digital on Uplifter. On Universal Pulse, we tracked everything digital, and then I dumped everything to analog for the mixing process. Some people might think this is crazy, but we’ve gotten letters from people saying how our music and the vibrations that make up our music have helped people. Music is powerful, and if you trigger and beat-replace every note, you’re taking the natural vibrations out and killing the essence.

MD: Did you go to any extremes when tracking drums, like swapping out snares for each tune?

Chad: I only used one snare, but I tuned it differently per the song. On one record, I switched out snares for each song, and in the end when I listened back I really couldn’t tell the difference between all the snares.

MD: Any changes to your setup now that you’re with Pearl?

Chad: I switched over to Pearl in 2009, but I actually had played Pearl early on. The first three albums were all recorded with Pearl. I have always used Pearl hardware too. As for my setup, it changes as I go. I have about eighteen total drums on my kit this tour. I added a 6″ mounted tom up top, which I haven’t incorporated for a while, and it’s amazing how much one drum can expand the dynamic range of the kit. There’s a great span of sounds from high to low, including some Pearl Rocket toms, five mounted toms, two floor toms, a 20″ suspended gong drum, and a 22″ kick. Soloing to amphitheater crowds, you won’t keep the audience’s attention strictly relying on chops and intricacy. I incorporate rhythms that use a range of tones, which gives the audience some good ear candy. I never put anything on my kit that I don’t play. It all gets used.

Be on the lookout for our “Influences” feature on Chad in an upcoming issue of Modern Drummer magazine.