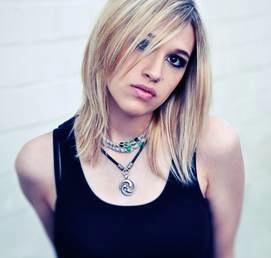 Multi-instrumentalist/songwriter Just Kait was discovered by MTV after winning a contest for creating a new theme song for the hit reality show Parental Control. Though Kait performs out front with her band, which is currently on tour, the eighteen-year-old Kait has been playing the drums since she was five years old. Kait and her touring drummer, Eric See, took time out of their busy schedule to send MD a video blog. Check it out here. And while you’re at it, watch the drum-centric edit of the video for Kait’s song “U Suck” here www.youtube.com; see Eric and the band perform their latest single, “Hot Stuff,” featured in the MTV Movie Turn The Beat Around, here www.youtube.com.