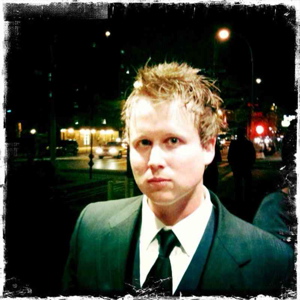 Hello, my fellow Modern Drummers! The dust has settled in our hometown of Austin, where we had a busy SXSW schedule of showcases including VH1’s official opening party and others for ASCAP, YouTube, and various local news and radio entities. Our official showcase was amazing. It was put on by 101X and Hollywood Records at the Dirty Dog Bar in the heart of Austin’s legendary 6th Street.

I’m writing this at soundcheck on the first show of our tour with Justin Nozuka. This guy’s got soul! You should check him out. We’re looking forward to playing shows here in the Midwest, and later in the month we will be joining Third Eye Blind for the Northeastern leg of their current U.S. tour. It’s shaping up to be a great month and start to a great year for Alpha Rev, with the release of our debut album on Hollywood Records, New Morning, which came out on April 27.

Now, about them skins: I’ve been fortunate to have a supportive family of artists, and have been touring regularly since I was twelve years old. After constantly annoying neighbors practicing at home on crappy kits for a few years, at age fourteen I started annoying the crap out of neighbors by playing a better kit, which I still play to this day at age twenty-six. It’s a 1961 Leady set that I am happy to say finally has a safe home at the tender age of fifty.

I recently purchased a rolling case the size of a Volkswagen that my bandmates love helping me push around—but I must keep my babies safe!

I rock a 7″-deep maple snare, with a looser-than-usual tuning in order to create a distinctive upbeat slap. I also use medium-thin Zildjian cymbals with A Custom hats. Give me a DW kick pedal, and we’re ready to get people movin’ and groovin’!

Keep an eye out for us on the road this year, and on VH1, as Alpha Rev has been selected as the next “You Oughta Know” artist. Much love to Modern Drummer, peace.
For more on Tommy Roalson and Alpha Rev, go to www.alpharev.com