When we threw out the net asking drummers to share with us the reasons why they love Neil Peart’s drumming, so many wanted to chime in, we couldn’t fit everyone’s comments in the story. So we held our interviews with a few choice players for this special online addendum to the piece, which you can read in the October issue of MD, on sale now. First let’s hear from next month’s MD cover star…. 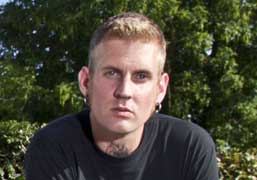 When I was four or five, my mom was in a cover band, and they practiced in our living room. The drummer was her boyfriend, and he was a huge Neil Peart freak. He tried to replicate Neil’s drumset, and they did “Tom Sawyer” and a number of popular Rush tunes of the day. So that’s where it started for me.

When I became able to start figuring out other drummers’ parts, when I was nine or ten, I would give it a shot, but I never come anywhere close. You know, I’d try “YYZ” or something like that. There were always a couple kids who could play the beginning of it. We’d go over to their house–“Hey, he knows ‘YYZ’! Let’s go over there and hear him play it!” [laughs] You’d end up at some kid’s bedroom where there was only a bed and a drumset. The “YYZ” thing became sort of the standard. If you couldn’t do the opening of that, then you weren’t even worth mentioning.

The most inspirational thing to me about Neil Peart is that he was more than “just” a drummer. His drumming has always been absolutely phenomenal; he’s a huge inspiration to millions of players around the world. But there’s also something to be said for his lyric writing. Not many drummers contribute in that sense to their groups. There’s this thing of, everyone has their place: The singer writes the lyrics, the guitarist writes the songs…. But Neil’s an incredibly intelligent human being, and I think he’s a good writer. I do the majority of the lyric writing for Mastodon, so knowing that Neil wrote Rush’s lyrics gave me the inspiration to step forward, like, “I have something to say too.” Vocals can be very percussive in their delivery, especially with heavier music. But even with melodic music, they should weave another rhythm through the song. So it makes sense for a drummer to have some sort of input in that department. 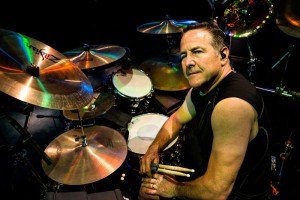 I remember coming home from high school and listening to All The World’s A Stage, that first live album with “Bastille Day” and “In The Mood” and “By-Tor And The Snow Dog” and all that kind of stuff. It was trippy, and it definitely spoke to me.

You can tell that Neil Peart is into the drums. He’s always progressing, pushing it forward. In truth, a lot of guys who are in the progressive genre have not actually progressed a whole lot. But you can sit down and listen to the first few Rush records and then the later ones and think, He really took this somewhere. As structured as Neil’s parts would become, if you go back and listen to the early stuff, it was a lot rawer. So that progression is what I appreciate most about Neil.

Neil took advantage of being in a band that allowed him to play the way he played. If he had been playing with Journey, he wouldn’t have been playing that way. So there’s something to be said about right place/right time, being in a band that allows you to experiment. He was the modern guy who made it cool to play all over the place. Unfortunately, “playing all over the place” is an art form that a lot of people don’t get. Just because you play all over the place, it’s not necessarily cool. But Neil is so systematic, his parts are very well thought out. It’s right on that edge.

Neil’s also not as public as some other drummers; he’s not out there tooting his own horn. He’s got that whole mystique thing going on, which has made people even more curious about him over the years. He was never about the fashion either; he was all about the drums. But more importantly, he’s into cycling, and so am I, so God bless him. [laughs] If he ever wants to go cycling, I’m down here in San Diego–just give me a buzz, we’ll go down the coast, do our fifty miles, and call it a day. 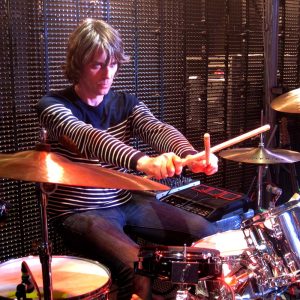 Interestingly, after my last Modern Drummer interview, I went through another Rush phase. I started listening to Permanent Waves again and thought, Man, this is cool shit, and I went through a Rush mania for like a year and a half. Of course, I can’t go past Grace Under Pressure. Just the way those records sound, it’s not something I can listen to and enjoy. But everything leading up to it, even the early stuff, like Caress Of Steel…I was like, “Oh wow, I forgot about ‘The Necromancer’!” As hokey as it is, it made such an impression on me as a kid.

We played with Rush in Toronto at a SARS benefit in 2004, and seeing them live again rekindled this Rush obsession. I’m kind of coming out of it now; I’m glad we didn’t talk about this a year ago, when I was totally obsessed with them, because that might seem kind of weird. [laughs] But yeah, I started researching them again and reading about their whole history, and I became fascinated.

On a technical level, with a lot of the songs I would listen to when I was younger, I didn’t really know how to do certain fills correctly; now I know how to do them. There are a few that stand out, like the very opening fill on “Digital Man,” or the first big drum breaks in “YYZ.” I could never figure those out when I was a kid. I couldn’t physically play them now very well, because I’m an old, out-of-shape guy. [laughs] But now when I hear them, I’m like, “Yeah, now I know what he’s doing.”

I also appreciate the way the drums were recorded. It makes a big difference. I didn’t know that after Hemispheres he switched from Slingerland drums to Tamas. And if you listen to the next record, Permanent Waves, the drums sound much more aggressive. It’s almost like, This is the ’70s, and now–bam!–we’re in the ’80s. The drum sounds on Signals are my favorite, though, because there’s more ambient room mics or something. I don’t know why they chose to do that on that record. But from there it went to a glossy ’80s sound. I wasn’t aware of that kind of stuff when I was growing up; I was just listening to the drumming. But now I’m listening to these other things, like the bass and guitar too, because I can appreciate them on another level.