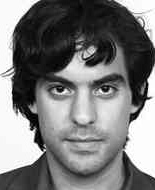 Hello, MD readers. I play drums in a band called Longwave. We are currently supporting the group Bloc Party on a tour of the northeast United States. On the way to a show at the Aragon Ballroom in Chicago, we stopped at the Rock And Roll Hall Of Fame in Cleveland. Among the many interesting exhibits and artifacts was a little wall of Joy Division and New Order memorabilia. Most people I observed either stopped, looked, and walked away or ignored it altogether. This made me a little sad because the JD compilation Substance was a very important record for me, as was NO’s Power, Corruption & Lies. I have fond memories of riding the school bus in the pitch-black morning, half asleep, with my yellow Sony Walkman churning out JD’s “Atmosphere.”

On much of Substance Stephen Morris’s drums sound as if they’re a machine, or at least a human imitating a machine. On PCL he literally is replaced by a machine–a Roland 808. This got me thinking about drummers and the records that in ways large and small helped shape my approach to the instrument and music in general. The four below are a few that I care to share. Their drum performances have inspired me in the same way Stephen Morris’s have–with intelligence, power, and soul. They intersect the human and the machine in ways that are still fascinating to me today. The other thing they have in common is they were all released during my impressionable teenage years in the mid-’90s’and they’re all practically forgotten and probably out of print.

For more on Longwave, visit www.myspace.com/longwaveofficial.