It’s been twenty-five years since Twisted Sister released its career-defining Stay Hungry album, which featured the massive hit anthems “We’re Not Gonna Take It” and “I Wanna Rock.” Stay Hungry established the band as one of the 1980s’ most popular and successful metal acts, while the ubiquity of the songs (including “The Price” and “Burn In Hell”) gave Twisted Sister a staying power that’s endured to the present day. In late 2008, the group released the CD/DVD Live At The Astoria, recorded in London in 2004. To anyone who might accuse the quintet of being a celebration of style over substance, drummer AJ Pero is confident Live At The Astoria proves that as their showmanship remains first rate, so does their musicianship.

“That show was our first in England in seventeen years, and I think it was one of my best performances as a drummer,” Pero says proudly. With 2009 marking Stay Hungry’s silver anniversary, Twisted Sister is re-releasing the album and embarking on a forty-date tour of the U.S. and Europe, playing the LP in its entirety each night. “We won’t give the crowd anything less than the high-energy show we’ve given in the past,” AJ adds. “It’s going to be a full onslaught; otherwise we’re not going to do it.” 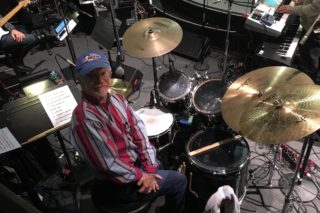 On The Beat with Rick Van Horn of Jay and the Americans: Talks Touring and Gigs