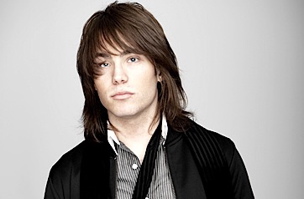 When I was younger I would judge a drummer by the size of his kit and the length of his solo, but didn’t everyone? The more I study hand technique and acquire better feel, the more I denounce my childhood belief. For me, it’s not about the drum solos anymore, it’s about how Steve Gadd utilizes his feel and grooves to make a song. It’s not about how hard the drummer hits (even though I’ve been told I hit pretty damn hard), it’s about how Steve Smith stays out of the sticks’ way and lets them do what’s natural.

I’ve grown as a drummer for sure, from completing my phase of trying to get my double pedal playing as fast as possible, to placing polyrhythms in everything I played just to piss off my high school jazz band conductors. Lately I’ve been studying hand technique with my private drum instructor, (who is a monster!), Mike Sorrentino. We’ve been going through It’s Your Move by Dom Famularo, trying to perfect on my Moeller strokes, pull outs, and control strokes. And more than ever I’ve been into playing fat grooves! But hey, let’s talk about my band Push Play!

Play is what I call a “dancey rock ’n’ roll” band from Long Island, New York. We started the band about a year and a half ago, and from that point on have put absolutely all of our time into writing songs, perfecting our crafts, and giving back to the community. Since last summer, we’ve been enduring our Push Play For Purpose tour, in which we play all over the US and donate all the proceeds to various charities like New Orleans hurricane relief. There is nothing more fulfilling than helping out others, and that’s why we love doing it.

The more and more shows we play, the stronger our passion for what we do becomes. My dream (ever since being a tween, tapping on everything and driving my parents crazy) of being in a successful band playing songs filled with emotion (I don’t mean emo) for others has come true. Last Decembe, we played our CD release show at the Fillmore at Irving Plaza. Packing out the show and selling 2,500 CDs in one night was surreal, but even more so was the fact that we were playing on the same stage that Red Hot Chili Peppers, A.F.I., and Nine Inch Nails have (not to mention snagging Twister Sister’s set list–they played there the night before). But it keeps getting better and better, from my drum endorsement with C & C Drums, to signing with Creative Artist Agency, to booking our show at Nokia Theater in Times Square which YOU SHOULD ALL ATTEND (April 26, LOL).

Thanks again, everyone, and thanks, MD!