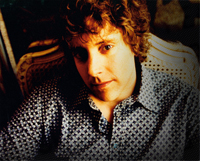 When Ian Matthews got his first drumkit at age four, he was lucky that his babysitter was also a professional drummer. “He’d teach me a few rudiments and how to read a bit,” Ian remembers. “That got me into jazz coordination and learning samba and mambo.” By the time the drummer was seven, he could play “a pretty good waltz, quickstep, foxtrot, and tango.” Matthews played his first gig at a local pub, sitting in for the drummer in his father’s band. Four years later, a one-off performance in the orchestra pit at Bristol, England’s 2,000-seat Hippodrome theater led to steady work playing in musical comedy productions and jazz shows throughout his teens.

Today Matthews reckons his diverse background made it easy for him to step into his gig with British rockers Kasabian, whose vibrant brand of rock mixes elements of new wave, electronica, and dub beats with classic progressive song structure. “There’s a lot of flexibility to us,” says Ian, “because there’s no anchor to our music.” Kasabian’s sophomore release, Empire, debuted at number-1 on the British charts.

Primarily influenced by players like Buddy Rich, Mitch Mitchell, and Tony Williams, Ian also admires Zak Starkey, whom he befriended when Kasabian supported The Who and later toured with Oasis. To Ian’s surprise, that friendship led to him giving Starkey his first ever lesson in rudiments. “Zak is a self-taught drummer who learned from listening to records,” Matthews explains, “whereas I learned rudiments and what they can do when I was very young. At soundchecks, Zak would ask what I was doing at different times. I offered to teach him some warm-ups, and I took him through several exercises. He loved that!”