Just what is a Tony Williams? Many of his admirers have described his style as: “Free,” “He doesn’t really play rudimental things,” “He’s loose,” “There’s something out of the ordinary about what he does,” and, “It’s different.”

If those descriptions don’t tell you what a Tony Williams is, permit me to drop a few names on you: Alan Dawson, Herbie Hancock, Jackie McLean, John McLaughlin, Larry Young, and Miles Davis. Dawson was Anthony Williams’ first teacher when he was nine, having moved to Boston from his native Chicago. Early gigs with Jackie McLean led him to the infamous Miles Davis Quintet of the early ‘60s, which included Herbie Hancock, Ron Carter, and Wayne Shorter. John McLaughlin was a Davis “muse,” as was Larry Young. Add Tony, and you had the first Lifetime—the threesome’s group name from the title track of an album.

There were other major jazz figures criss-crossing Tony’s comet-like tail. When Columbia Records had the idea of reuniting that famous Miles Davis group for a Newport Jazz Festival in New York in 1976, Tony, Herbie, Ron, and Wayne made it, but fearless leader did not. Freddie Hubbard–probably the major trumpet voice on the scene at the moment–replaced Miles. The quintet–dubbed V.S.O.P. (Very Special Onetime Performance)–was born. A double pocket LP came of the NJF gig. A reprise tour was organized and a second LP recorded. 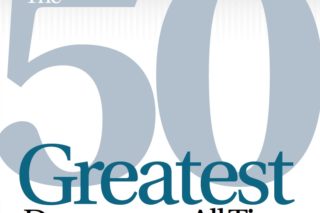 The 50 Greatest Drummers of All Time
Entries written by Adam Budofsky, Michael Dawson, and Michael Parillo