The night began with us getting escorted to the side stage area and being handed a pair of THX headphones (which we got to keep). Then we were handed an iPod that presented us with the choice of 2 mixes direct from the soundboard, the ‘Band mix’ and ‘Stevens mix’, which gave us the option to hear Aerosmith pinball machines set to play for free and the high score of the night got free merch (my wife Laura actually placed 2nd and 3rd – close!). Another nice perk was a bar right on the side stage where I could grab a drink and not miss a note. But the best part of it all was the in-ear mix that sounded AMAZING. The band was on point with John Douglas holding down the time of the massive production one would expect from a Vegas residency. A perfect blend of groove, impeccable timing and just enough tasty chops to put the icing on the cake. 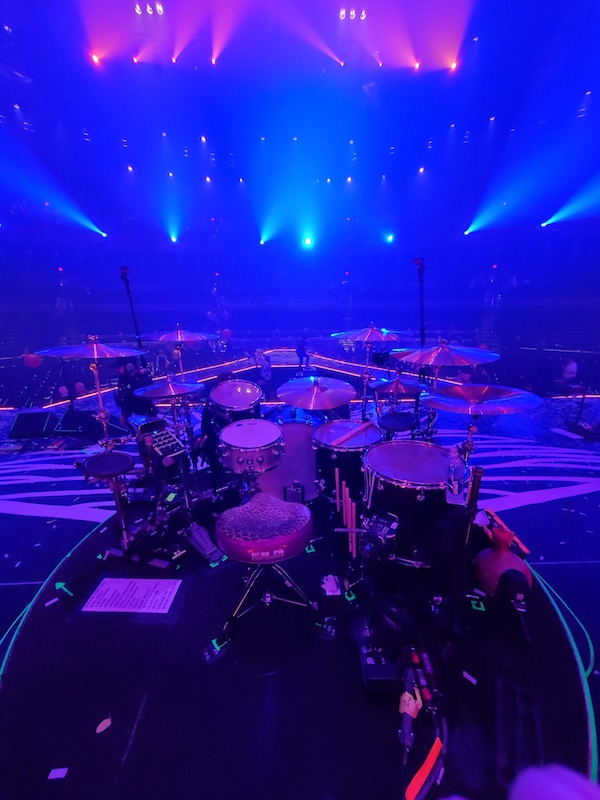 The best part of the night was after the show we were escorted by the drum tech MaGee onto the stage and behind the kit. After a couple of minutes John Douglas came out to meet us and couldn’t have been a nicer guy. We got to chat for quite some time where I learned this was his 35th show filling in for Joey Kramer along with his extensive resume being a drummer and a drum tech for some of the biggest names in the business. He gave me a few pairs of sticks (his concert played pair and some of Joey’s sticks) and we got a bunch of great photo ops behind the kit and on the stage. He even grabbed a set list right off the stage for us. After a bit I noticed we had been chatting so long the entire stadium was empty except for us and the crew cleaning up, including guys with leaf blowers cleaning up the massive amount of confetti used for the closer “Walk this Way”. 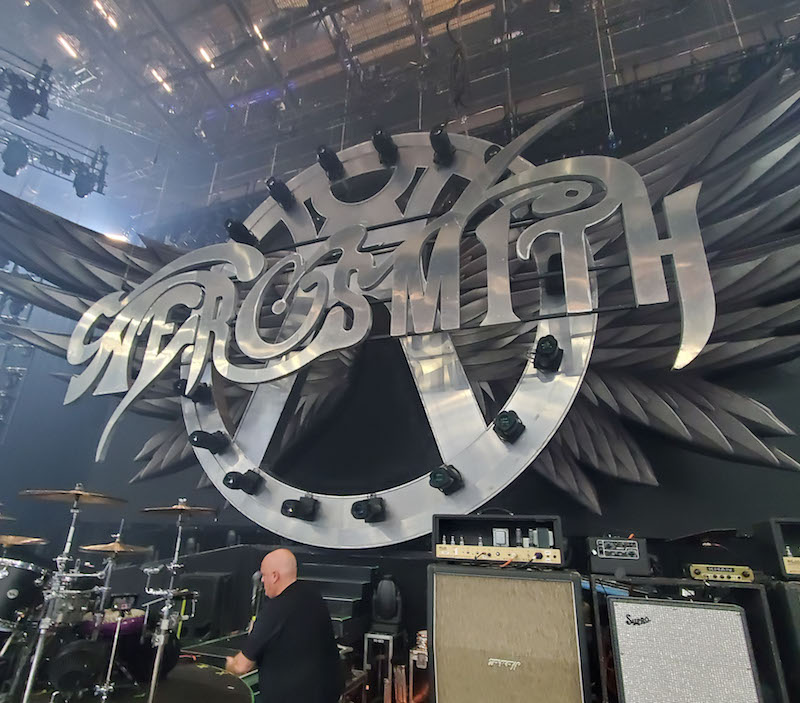 I’ve been privileged enough to be on a few side stages in my lifetime but I have to say this time sounded better than any with the THX system they offered us – and I’ve NEVER seen a bar right on the stage! Huge thanks to Modern Drummer, Kevin Kearns, MaGee, John Douglas and the rest of the crew who treated us like rock royalty and made our first visit to Vegas one to remember.
Stephen “Well-Z” Wells