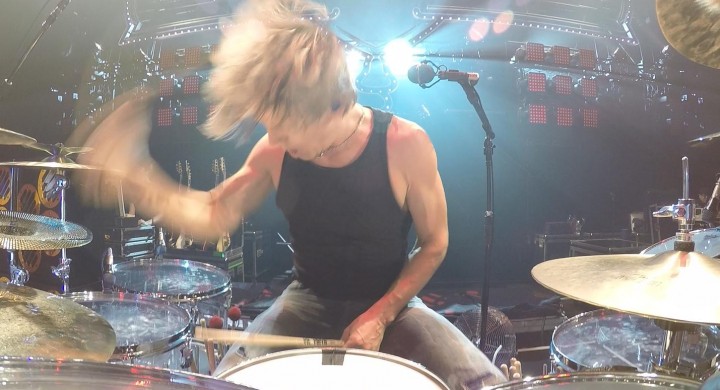 Hey everyone, great to be back On the Beat! with MD! I came back from my latest album/tour cycle with B’z in Japan a few weeks ago and am now eagerly anticipating the worldwide release of my fourth solo album, Bitter Suites from The Red Room, which hits November 6.
It’s been a dream of mine to do my own instrumental record and to take on the task of doing everything (notwithstanding guest contributions from a few dear friends, including Tak Matsumoto, Jeff Kollman, and Ric Fierabracci).
I had an absolute blast writing and playing guitar, bass, and messing around with soft synths. The drum tracks touch on a little of everything from heavy industrial grooves to the funkier fusion-y end of things. “El Niño Overture”, the video of which is premiering exclusively here on MD (look below), is an example of the more in-your-face stuff on the record. The footage is taken from a recent drum clinic I did in Japan. Also, check out the promo video for one of the other tunes, “Silverstrand Sedation.”
I recently arranged and recorded the music for a video game titled Yakuza. I’m not a game dude but this thing’s insane! It will be released in January 2016. This is something I’ve never really done before so I’m stoked I had the opportunity to work on it. 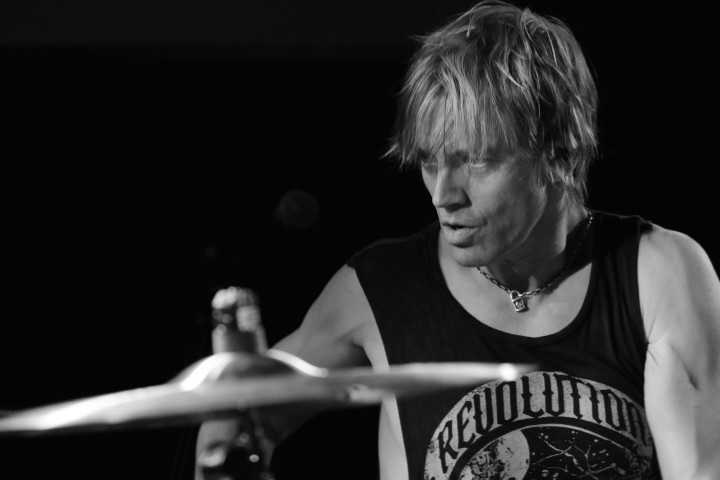 I also want to mention a cool jazz/fusion record I did with Bob Frye, Ric Fierabracci, and Mike Miller that recently came out. I don’t get a chance to play that type of stuff too often but I’ve always been a closet jazzer so it was a great experience for me. Check out audio samples here: www.cdbaby.com/cd/bobfrye2.
Finally, looks like we’re going to start working on a new Cosmosquad record soon. It’s been eight years since the last one so we’re way overdue. I’m really looking forward to getting together with my bud Jeff Kollman and knock this thing out!
By the way, for those of you in the LA area—we’re playing the venerable Baked Potato on Saturday, October 17. Stop by if you can make it—these shows are always a blast! Thanks for reading!
For more on Shane, visit shanegaalaas.com/, facebook.com/shane.gaalaas, youtube.com/user/Innisfailman, instagram.com/epapo/, and twitter.com/Gaalbladderass.