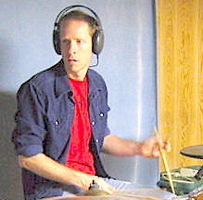 Trying Hartz 2008 Fall Tour Blog Diary
Of all the administrative-type questions I’ve ever received prior to a tour (“What’s your Social Security number?” “When does your passport expire?”), this was by far the strangest:
“What’s your shoe size?”
Asking the question was Daniel Smith, who’d drafted me to go on tour with his ever-shifting New Jersey—based collective known as Danielson. Not only is Daniel a top-shelf tunesmith (pun absolutely intended), producer, and bandleader, he’s a dealmaker. Daniel had struck a barter with shoemaker John Fluevog—a snappy tune (“Flip Flop Flim Flam”) in exchange for some sharp shoes (pictured) to go with our stage attire (a Dickies and work shirt combo falling somewhere between male flight attendant and mall security guard). Hence the need for my feet’s vitals (13, wide-ish, if you’re keeping score at home). 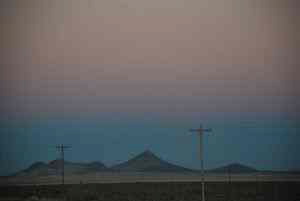 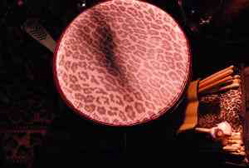 Thursday, Nov. 20, Granada Theater, Dallas, Texas
We’re in a beautiful old theater tonight. Friendly crew helps us load in and load out, there’s a great catered meal, some nice bottles of vino, top-shelf monitor guy, a leopard-print drum rug to match my leopard-print stick bag and throne—you have to watch so you don’t get spoiled by gigs like these. (see above) Tremendous opening band, too, called Mount Righteous. Ten pieces with marching percussion, tuba, and several vocalists. They made a real joyous noise.
Friday, Nov. 21, Hi Tone, Memphis, Tennessee
I’ve always liked playing the Hi Tone. Great sound on stage and always a nice crowd. Though I think we’re feeling the mind-numbing effect of these never-ending days in the van (today was an eight-hour hop). If you want to cover the U.S. in three weeks, there is some driving involved. My attempt at hitting Mike with an end-of-tour prank (the old talcum-powder-on-the-snare-head trick) is thwarted when he notices white powder all down the front of my shirt. I’d make a terrible criminal.
Saturday, Nov. 22, 40 Watt Club, Athens, Georgia
Judging by the graffiti in the dressing room, everyone has played the venerable 40 Watt Club. Except me. Until tonight, that is. Sweet-sounding room leads to one of the top shows of the tour, I think. We added a song called “Body English” to the set a few nights back that finds me pushing my limited hand-foot coordination to the limit. I’m working a shaker with my right hand while I approximate some sort of breakbeat with my left hand and right foot. Oh, and this being a Danielson song, there are several odd-timed breaks, stops, and room for manic drum fills. All in one neat 1:45 package. 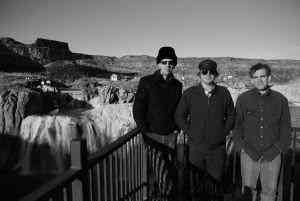 Sunday, Nov. 23, Grey Eagle, Asheville, North Carolina
Wow. Guess this is it. We close our tour in the mountains of western North Carolina at an old square dance hall called the Grey Eagle. Wonderful Cajun food, wonderful gig. One last really raucous crowd. One last wonderful-sounding stage. One last chance for Cryptacize to drill their evil, quirky songs deeper into my subconscious. One more absolutely pleasurable hour of playing music with these guys. I will certainly miss this, as I always do.
Patrick Berkery is a contributing writer for Modern Drummer who has played with Pernice Brothers, Bigger Lovers, and Mazarin, among others. Visit his MySpace page here.