First off, thanks to Modern Drummer for opportunity to write this blog. I’ve been a big fan of the magazine since its inception.
I’m a drummer/percussionist in the NJ/NY area and a member of New Jersey’s Southside Johnny & The Asbury Jukes. This year I celebrated my tenth year with the band (with a year or two off for good behavior :-). I am honored to have toured and performed with Dave Mason, Beth Neilsen Chapman, Bobby Bandiera, Bruce Springsteen, Jon Bon Jovi, The Allman Brothers Band, Gary US Bonds, Bob Burger, The Dave Parsons Dance Company, any many others.
I have a busy summer this year. Just got back from Norway and England, heading to Morocco in July, and back to Europe in September. I love being part of the drumming community. I believe there is a camaraderie that is unique to drummers. Events like the Modern Drummer festival, clinics, magazines, and these blogs bring us all together. (Just attended a Steve Smith clinic. Wow! Check it out.)
I have a great story of such camaraderie I will never forget. In the late ’80s I toured the world with Dave Mason. We were playing in Houston, and after the show we went back to the hotel. The next morning we discovered all our equipment had been stolen. I had about ten thousand dollars’ worth of stuff taken: my MPC 60 drum machine, cymbals, a really old Premier drumset–just about everything I owned. I was devastated. So we cancelled the tour.
I went home, and out of nowhere I got a call from Tico Torres from Bon Jovi. Tico said, “Look, I heard what happened. Come down to my house and take anything you need.” So I drove to his house, he opened his garage, and I was like a kid in a candy store. He gave me a brand-new drumset right out of the box: cymbals, cases–everything! Then Tico said, “Keep everything until you get back on your feet.” It was amazing. It wasn’t like I was his best friend or anything. In fact, I really didn’t know him that well. I will never forget it. He’s a great guy, and a great drummer.
As if that wasn’t enough, I called DW and told artist rep John Good what happened, and they gave me an endorsement. Talk about turning things around.
Now, that’s just a couple examples of the camaraderie in the drumming family. I’m sure you have some stories of your own. I’m proud to be a part of this community.
Take care, and hope to see you around. Keep on hittin’.
Joe,
For more on Joe Bellia, go to www.myspace.com/joebellia or www.southsidejohnny.com.

Jay Bellerose: All In A Year’s Work 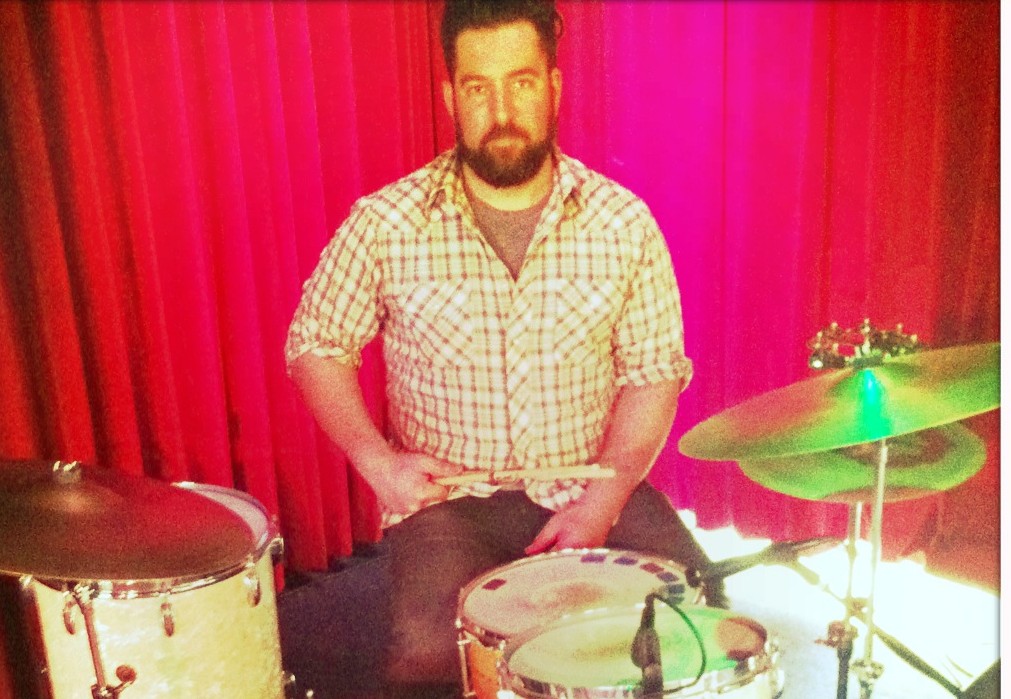 VIDEO! In the Pocket: Dubstep Drumming, Part 1: The Basics (From the May 2014 Issue)